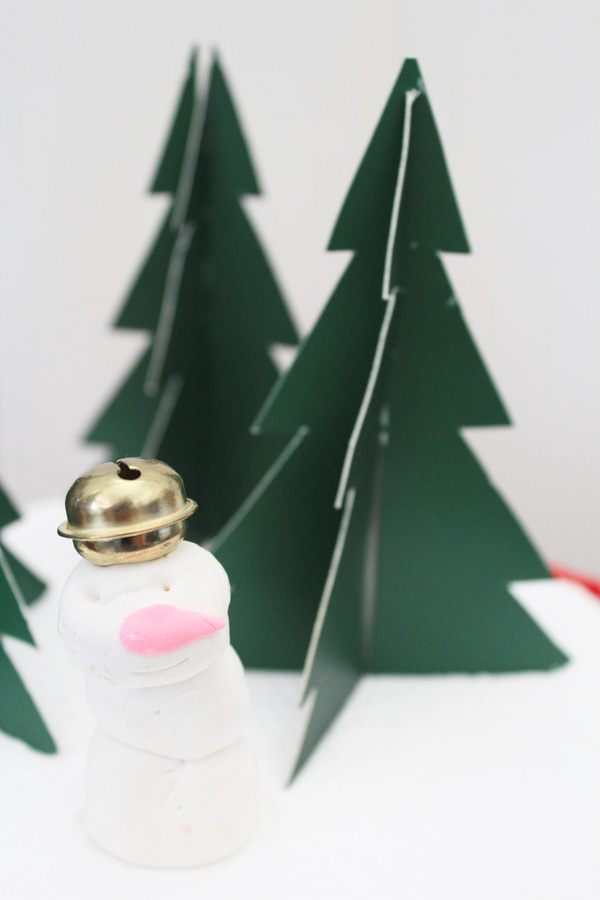 The ham is all but finished, the tree is swiftly desiccating, the presents have been well and truly played with and we have travelled a scenic coastal route for about 1300 kms in the last few days to be in Sydney with dear friends for New Year’s Eve.

I do loves me a brand spanking new year. A fresh slate, endless opportunities and possibilities. Makes me itch with anticipation.

Just before 2013 dissolves into a shiny new dawn, I did just want to show you the last Christmas-related bits.

We had our big family Christmas on Christmas Eve this year which may well become a new thing for us as it leaves Christmas Day to really relax. It felt kind of European and somehow extra Christmassy and there’s nothing like a twinkling light or two and flickering candle to really up the atmosphere.

We did the whole shebang: 8 kilo turkey and whole leg of ham with all the trimmings. The ham was, if I do say so myself, spectacular this year. I brought it to a festive sheen with a quince paste, honey and mustard glaze. Delish.

My mum always makes Christmas cakes and plum pudding to an old family recipe. This year I decorated the top of our cake with the cutest snowman ever (made by Sophia a couple of Christmases ago), some paint chip pine trees (the colour, appropriately, “fir green”) and a sprinkling of icing sugar snow.

This was one of the most treasured gifts this year: a new blankie. Think she likes it?

Despite the slightly Euro feel to this year’s celebrations, we went with an Australian bush Christmas theme for the table eating. Mum and I spray-painted gum leaves and gum nuts silver which combined with the minty greens and coral of fresh gum and blossoms made a beautiful centre-piece. 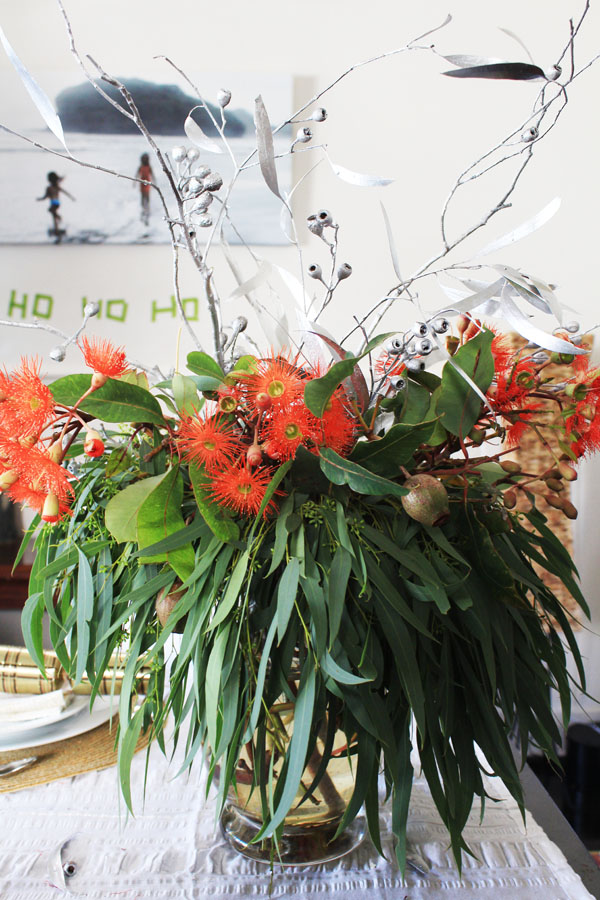 The girls made gifts for each other and this year Sophia’s form Olive was, well, unintentionally hilarious.

The only thing Olive loves more than baby dolls is the thought of herself as a baby. So we combined the two. I printed a photo of Olive’s baby face onto some fabric and then Sophia drew in the other details. After that we cut it out, I sewed it together and Sophia stuffed it. I should have left a slightly larger seam allowance around the head of the doll. Because this is not what Olive looked like as a babe!

The irony is that her head was more like a pumpkin than this pin-headed weirdo would have you believe.

From this angle she looks slightly closer to herself. But still like an alien.

I made a desultory attempt to talk Soph into us making another but she was happy with it. And, more importantly, as the next photo attests, Olive was delighted. I love the way Soph is looking at her to gauge her reaction.

Olive did remarkably well despite her enormous cast in decorating this mug for her big sister using ceramic pens. Sophia fancies herself quite the tea drinker (even though the tea is never actually consumed in any vaster quantities than a sip or two) so she was thrilled to have her very own cup for that purpose.

Last of all, I wanted to show you these sweet little panforte. A heavily spiced dense cake, I used to overdose on these regularly when we lived in Italy. This was my first go at making them myself and they worked beautifully. And my kitchen smelled like Christmas on a stick from grinding all the fresh spices: whole nutmeg, cinnamon sticks, cardamom seeds and vanilla pods. 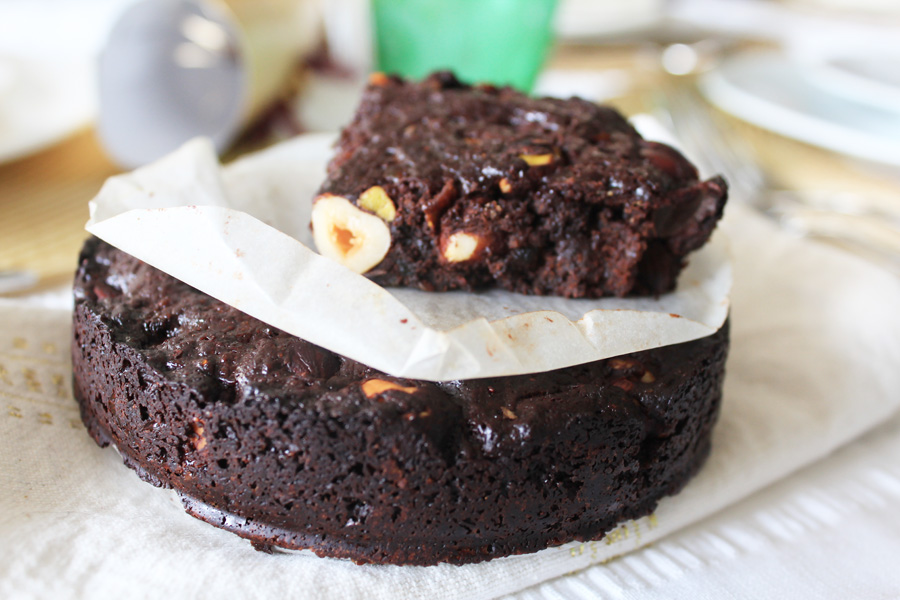 I wrapped this one as a gift for a girlfriend and put it on the Christmas-set the table just to get quick shot but next year I think I might try to make a heap of these in advance and use them as take-home place settings. Tell her she’s dreaming….sighs a voice in the background!

See you on the flip side my darlings. Have a fabulous start to 2014.